a parable of honor and dishonor

Suppose a wealthy man had a son whom he loved.


He nurtured his son and raised him to be self-reliant and told him he was special. He took him hunting, gave him an allowance for chores, co-signed for a car loan when he turned sixteen, and connected him with people who might be able to further his career as he grew older. And even though the son didn’t always see eye-to-eye with his father, he knew deep down he was loved and safe in his father’s house.

When his son was in the second grade, the father contracted with a foster-child program and brought home a seven-year old to live in the home. But it was not an altruistic act; as a matter of fact, the father mistreated the child and taught him early on that he was not as bright and clever as his son. He kept him out of school and forced him to work long days in his factory without paying a penny.

The boy ate and slept on the floor of the tool shed in the backyard and could see the television flickering through the curtains of the house and hear the father and son laughing over the latest sitcom. Often the father beat him with a leather belt for the slightest infractions. He was promised nothing as he grew older and for many years after he was old enough to leave home, the father made arrangements with employers in the city to not hire the young man…or at the very least, limit his choices to the least of jobs. He even ensured that city council pass laws to keep the foster son from appealing for any change that might assist him. Deep down, the father was fearful of anything that might encroach on his own son’s benefits.

When the father died, his bereaved son had a large shiny plaque placed in the town square boasting of his father’s generosity and kindness. And because the father was well-known and well-connected, the son petitioned the city council to celebrate his father’s birthday each year, with special songs sung about him along with beer and whiskey toasts.

And though the foster child was invited to sing praises, he declined. The many years of abuse, neglect and shame had obviously not engendered the same warmth or gratefulness. The men of the town were appalled at the foster son’s shunning of the special day and how unappreciative he was. And when the foster son was brought before the council, he brashly told them that passing by the town square on the bus each day to work only reminded him of the suffering he had endured at the hands of a cruel and abusive man. There was no memory of generosity or kindness, only scars and remembrances of lonely nights. The plaque served only as a reminder of pain and degradation. 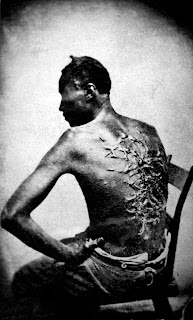 Is it any wonder that our brothers and sisters of color don’t have the same visceral enjoyment of the symbols that bring remembrances of forefathers and freedoms that they never experienced in century-after-century of slavery and ill-intentioned “separate-but-equal” laws? If slavery is America’s original sin, how is it that the privileged fail to see any disconnect between unabashed patriotism and the abusive parent? And when there is talk of “taking America back”, what do you think they feel? Even the days of “Leave It To Beaver” were not a great era for people of color. Empathy demands that we wrestle with that instead of simply dismissing it as unpatriotic.

So help me understand how a statue glorifying a rebellion—a traitorous movement resulting in a bloody war that killed more Americans than both World Wars in order to protect a state’s right to legally own black people—was ever a step in the right moral direction? Do we really want to honor that?

I’m no theologian, but I don’t think our current reluctance or even denial to honestly deal with our history resonates with the Founder of the movement I belong to who said, “Blessed are the peacemakers, for they will be called children of God.”

[I don’t normally blog here, but instead at www.elementalchurches.com…though posts there are typically geared toward church leadership.]
Posted by dave workman at 11:03 PM