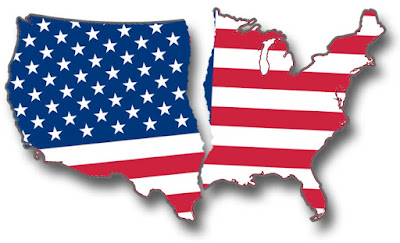 As this particularly rancorous, gutter-level and extraordinary election season finally culminated with a bang and not a whimper, both contenders in their concession and acceptance speeches stressed the need for a “unified” country. Let’s be honest: the depth of the charges and name-calling lobbed at each other and even within their own respective parties make it difficult for these fresh wounds to simply be band-aided over. And let’s not even mention the tweets and posts from their supporters that leveled every dark and dirty crime against the other. A simmering Civil War has boiled over, but instead of muskets and powder, social media is the weapon of choice.

But heal we must.

The question is, of course, how? As a former pastor, I’ve sat many times with two people who would rather be in a galaxy far, far away from each other than in the same uncomfortable office with me, whether it be a fractured marriage, family or even staff. But as any counselor knows, the process gets ugly before it gets better, because real healing only happens as we dig into the wound to pull the bullets out. The way that works at a spiritual and emotional level is by the lost art of empathy, cultivated by an even more vanishing process: listening.

So as someone who follows the Jewish carpenter who proclaimed, “Blessed are the peacemakers,” please let me suggest a look at the primary entrance wounds on both sides of the divide. With the flip of a coin, I’ll begin with the red states.

Trump supporters must take a hard look at the racial pain their rhetoric has created. When conservatives make a point of “taking our country back” or “making America great again,” they must empathetically reflect how that must sound to a culture that drove the early economic engine of America’s prosperity via enslavement, ripping families apart, emasculating men of color, raping women and then creating Jim Crow laws that subjugated people of color with devilish precision. So what African-American would want to go back to that, particularly when they are still dealing with systemic and residual racism that decimated their families and culture for hundreds of years? Do we not think that has an effect far into the future? I’ve sat with middle-class suburbanites in their 40’s and 50’s abused as children and yet still dealing with deep dysfunctions, typically affecting their ability to build intimacy and trust in relationships. Try sowing that with an entire race for centuries; guess what the emotional, societal and familial harvest is? When fifty-one percent of Americans want to return to the nostalgic 1950’s, referenced by Trump himself, remember that’s an era when black Americans were banished from economic opportunities, sitting in the back of city buses, serving as suburban domestics, drinking from “colored only” water fountains, with no viable political or social voice and little hope of upward mobility.

I recently visited the Levine Museum of the New South in Charlotte that exhibited the racial past of North Carolina. It’s not pretty. But in the 70’s and early 80’s, Charlotte public schools walked out the challenging and resisted process of desegregation via busing, resulting in school scores and graduation rates that went through the roof for minorities: it was a complete win, one that the Charlotte Observer claimed was Charlotte’s “proudest achievement”.

But in 1984, President Reagan gave a speech in Charlotte calling school desegregation a failed “social experiment that nobody wants” to a stunned crowd. The next day, the Observer indignantly responded with the editorial headline: “You Were Wrong, Mr. President.” Minorities, of course, were affected dramatically, and now today children—and resources—suffer massive segregation. In 1989, only 1-in-50 black students attended a hyper-segregated school; two decades later, it’s an astonishing 1-in-3. Charlotte is now ranked 50th among the 50 largest cities in a child’s mobility to move up economically from poverty. Reagan’s war against desegregation and funding public education, for example, sliced the city of Buffalo’s yearly $7.4 million public school budget to a draconian cut of a mere $950,000.

And so, for instance, when conservatives hold up Reagan as a political hero, it depends on your cultural context and the things that affect you most directly. Or as the African proverb says, “Until the lion has his own storyteller, the hunter is always the hero.”

If we are to seek healing by practicing empathy via listening (and not defaulting to defending), we have to confront the issue that divides Americans nearly fifty percent: abortion. Blue-staters must hear the pain that a segment of conservatives, particularly the religious, feel over it. I don’t think this country has the political will or should want to send a seventeen-year old to prison for having an abortion, but surely we have to admit that one million abortions a year in the U.S. alone reveal something about how we consider life or even the “potential of life” if biologists and doctors can’t agree on the moment it begins. In other words, shouldn’t we give as much latitude as we can because of the ambiguity and possibility?

Take religion out of it if that helps. Writing about abortion in Nation magazine decades ago, the late outspoken atheist Christopher Hitchens opined, “anyone who has ever seen a sonogram or has spent even an hour with a textbook on embryology knows that emotions are not the deciding factor . . . . In order to terminate a pregnancy, you have to still a heartbeat, switch off a developing brain... break some bones and rupture some organs.”

During this recent election cycle, Hillary Clinton caught the ire of both sides of the abortion divide when she stumbled into the argument of when life begins. Questioned on Meet The Press about abortion restrictions and the rights of the unborn, she said matter-of-factly, “The unborn person doesn’t have constitutional rights.” She backpedaled and added, “That doesn’t mean that we don’t do everything we possibly can, in the vast majority of instances to, you know, help a mother who is carrying a child and wants to make sure that child will be healthy, to have appropriate medical support.” The problem was: she inadvertently referred to a fetus as a “person.”

You would think we could at least wrestle with some compromise: what does it really mean to be “safe, legal and rare”? In spite of Roe v. Wade, how do we all really work together to make it truly rare? Though abortion rates have dropped dramatically over the last fifteen years in developed countries, mostly due to the increased use of modern contraception, it is still overall an incredibly mindbending number.

To have a “unified country” as both parties have stressed requires admitting we have not only turned a deaf ear, but we’ve not made any attempt to confess our sins. Instead, we retreated to our sanctimonious corners while leaving a trail of editorial IEDs. I didn’t say it would be easy; I’m just making an appeal in behalf of the one who challenged us to be peacemakers.