the overweight of glory

I spoke this weekend at Northstar Vineyard. It was good to see how well the gang is doing there since being planted in 2002. Matt Massey and his crew are cranking—lots of good outreaches and mission trips. Northstar meets at Loveland High School—check them out some Sunday for heartfelt worship and Matt’s passionate messages.

And, of course, caught Joe on Saturday night at the mothership. I love Joe’s honest and simple approach to spiritual disciplines; he takes the guilt out of it and makes you want to be with Jesus. I’ve said it before, but I’ll take brokenness over “we’ve-got-it-all-together”-ness any day of the week. Actually, I think it’s pretty easy to spot people who have been broken, are over themselves, realize how immense grace is and how dependent they are on Jesus. Call it “Discernment 101”. It’s ragamuffin-radar. Anyway, I’m a major Joe Boyd fan and love working with him. I can’t wait until he actually moves to Cincinnati. He lives in South Toledo. That’s a joke. Sort of.

The weekend before I spoke on the physical life. I’m pretty sure it ranked up there with some of my more humiliating moments. High blood pressure, high cholesterol, overweight, a hospital gown and a prostate exam. Mostly on video. Oh well…it’s good for the soul. Er, my soul. Sorry you had to see that. And at the risk of sounding like some shallow suburban pseudomartyr, if it encourages anyone to think differently about our One Life and our one life significance, it’s worth it. Really. 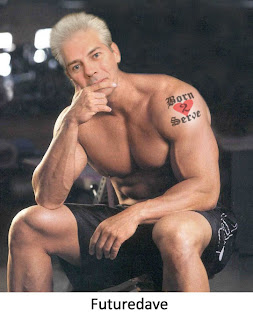 So here’s the deal: some Weight Watchers, a little cardio and strength training (uh, eventually), and a lot of water. It seems to be simple—you just burn more than what goes in. How difficult is this? Hmmmm.

Anyway, the approach I wanted to communicate was one of management, that your body is not your own, but now belongs to God. He’s moved into the house and is throwing out the trash and moving the furniture around. And no room is off-limits. Remember?—it’s His house now. That changes everything.

That’s how Paul approaches the issue of sexuality: you’re sacred space. If you’re really an appendage of Jesus—part of His body—think how odd it is that you would join Him to another person in some casual (whatever that means…) sexual activity. It does get strange when you think of it in that light. Probably because authentic holiness is such an alien thought to us carbon-based bipeds.

Likewise, in the past I’ve told prospective marriage partners that the new arrangement in their marital endeavor will be this: you’ll now be owned by the other. That’s quite an adjustment—this idea of no longer being your own person. That’s why marriage can be difficult for people who have been single for a long time; it’s hard to make the shift that you now have someone else who can call the shots as well, after you’ve had years of making decisions that only intimately involved you. Welcome to potential nuptial hell…if you don’t understand this dynamic.

Anyway, if I think of me being responsible to take care of this one body that I’ve been given…and that it’s really sacred space, then personal health begins to make sense in the larger scope of the kingdom.

Anyway, I’m off to a rousing start: I’ve lost two pounds. Only twenty-eight to go.

Email ThisBlogThis!Share to TwitterShare to FacebookShare to Pinterest
Labels: Sexuality

Sorry for being away so long. Famous last words of penitent bloggers, eh?

Let me sound the alarm. 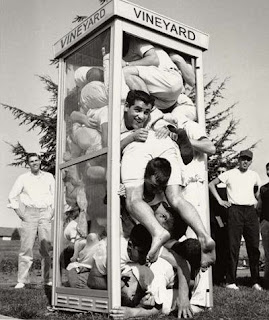 We’re in a bit of trouble at VCC. The last few weekends have been packed…meaning, not many seats and very few parking spaces, especially at the 11:40 party. There are limited options at this point because of the speed at which any serious changes could take place. We usually get a bump at this time, but this is more like a shove.

The drag for me is the frustration I know it can bring for a new person checking out church. It already takes a fair amount of courage to come to a church the first time, but if there are added barriers, who wouldn’t think: “Sheesh. It took me ten minutes to park…and I don’t want to walk in after everything’s started—it’s scary enough!”

Which, by the way, does it ever scare the bejeebers out of you going into a new church? It does me…and I’m a pastor. I’m not sure why it’s so weird to me, but it must be my high introversion level and the drag of potentially being singled out in some way. I cringe at the thought of hearing, “If you’re a visitor today, would you stand up?”

First of all, visitor? Am I in a foreign country? What’s that all about? Actually, I think for the average guy out there, a lot of churches do feel like a foreign country. It’s a different culture. A different language. Not knowing what’s expected of me. People doing really different things than what I’m used to seeing. I don’t know, but it seems to me I should be a guest, not a visitor, to a party that’s thrown every weekend by people who’ve heard some really fantastic news.

Going to a church can be traumatic. That’s why it’s always better to have a guide, a sherpa, someone who’s been up the mountain and can tell you how to breathe. Because it’s really hard to breathe in some churches I’ve been in. And I’d be crazy to assume VCC isn’t just as scary to new people—maybe just in different ways. I would love to deputize all you grapeheads to be sherpas.

Got any great ideas for the overcrowding?

And if you don’t, go all Screwtape on me and give me a series title that is sure to thin out the crowds…
Posted by dave workman at 1:50 AM 23 comments: