Sometimes I like to get in my car and drive. Just drive. There may be a destination in mind, but that’s not as critical as the process. My dad liked to do that, too. I’ve got more than a little bit of my dad in me. Many years ago my mom and dad had some romantic rendezvous—at least I like to think it was—and in that moment there was a blurring of DNA’s, sporting a new cell that has a father’s eyes, a mother’s nose and a unique mix of personalities. That’s why many years later phrases can come out of your mouth that cause you to think “Whoa. That sounded just like my old man...”

Though we are all made in the image of God, that image has been terrifically abused, marred like a penny handled too many times. The worth of a vintage coin is not strictly based on its rarity; it loses value if the visage is too worn.

And that’s pretty much the state of humanity.

When we receive His death in our behalf, when we surrender our demands and desires to die with Him, we are reborn to become part of this New Creation. New life. New affections. New views. The first deposit of the New Order. All things become new, the New Testament says.

Paul realized the enormity of it when he wrote to some friends in Galatia:

I have been crucified with Christ: and I myself no longer live, but Christ lives in me. And the real life I now have within this body is a result of my trusting in the Son of God, who loved me and gave himself for me. Galatians 2:20 (Living Bible)

We have divine DNA coursing through our souls. And when you put a bunch of us together, the organism known as the Body of Christ begins to move.

What are the things you think are obvious about who we are…what the DNA of Vineyard Community Church is?

Email ThisBlogThis!Share to TwitterShare to FacebookShare to Pinterest
Labels: Incarnation 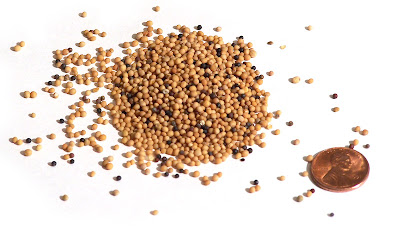 This weekend we had the official honoring and sending of Steve Sjogren, who with his wife Janie, are planting a new church in the Tampa Bay area called Coastland Tampa. It’s hard to believe that it was twenty-four years ago that Steve (a fresh-faced 27 year-old), Janie, 3 year-old Rebekah and 9 month-old Laura (Jack came seven years later!) pulled into Cincinnati to start a new kind of church: a Vineyard. I remember my wife and I coming a few months later when the church was a small group of people meeting in the living room of a house in Mason, which seemed like a million miles away from Norwood. Now I live there.

It was Steve and a twelve-string guitar. That was it. Anita and I were hooked.

We’d sing these simple four-chord songs over and over and cry. It was so unadorned and directed to God. I had been around the block a few times in my years of being a Christian. As a musician, I had played in almost every state in festivals, clubs, colleges, high schools and churches (okay, not a lot of churches; they nearly always complained it was too loud). I had exposure to lots of different streams of doctrines and methodologies in the Body of Christ. I had gone through a number of phases in my own spiritual journey: from Jesus people to charismatic movement to a Pentecostal denomination to Word-of-faith and on and on. I had gone through periods of throwing away my secular records, tossing out our television, witnessing door-to-door, arguing with cults on the street corners, and wrestling with my own faith. And very dry periods as well. All fairly normal, at least I think.

But this was different. It felt like, well, grace. That’s the best I can describe it. Simple, heart-washing grace. Somehow the performance aspect of Christianity, or at least my version of it, was refreshingly gone. I’m not sure how to explain it, but I never really thought I was “performance”-oriented in my faith, but the idea that I’ve got to do better, I’ve got to believe harder, I’ve got to trust more—though none of those are necessarily bad—somehow sneaked into affecting how I thought God thought of me.

One day Jesus was teaching on our need to forgive. After hearing that, the apostles cried to Jesus, “Increase our faith!” Oddly, Jesus went the opposite direction: He said you don’t need much faith at all, only the size of a mustard seed. Try wrapping your cerebrum around that one.

Grace requires very little faith. It’s a gift, after all. I just have to receive it and give it away. That’s good news to us crusty old believers who get that mixed up over the years as we work out our salvation with fear and trembling. Grace is the practical expression of the love of God, the God of love.

I think that’s what I felt walking into that living room in 1984. And I never want to lose that.
Posted by dave workman at 4:45 PM 4 comments:

Email ThisBlogThis!Share to TwitterShare to FacebookShare to Pinterest
Labels: Grace

what joe meant to say...

Just kidding. I’m absolutely thrilled to bring Joe Boyd on staff. For those of you who weren’t there, we introduced Joe as our teaching pastor. At VCC we have a fairly lengthy and exhausting interview process with our HR folks and others. Joe survived the interrogation and having to tell his story to a dozen people…twice.

Then there are the typical things that you look for if you’re working directly with someone, what’s often referred to as the three “c’s”: character, competency and chemistry.

But I like to add one more obvious “c”: calling.

That’s the mystical, spiritual, tricky-to-discern, intuitive, subjective, numinous, God-part. Let’s be honest: it’s a little easier to find candidates who are good people, love God, skilled at what they do, and seem like they’d be fun to work with, but this calling piece is a bit more, um, mysterious. Questions like these can send you to your knees: Is this the place this person is really supposed to be? Is their heart called to be broken for the broken in Cincinnati? Is this the community they’re meant to be a part of? Can we discern the design of God for this person? And the odd thing is there’s no shortage of people who came with this comment: The Holy Spirit told them they were the person for the gig.

What do you do with that?

But I do want people who feel a sense of destiny, the “you-didn’t-choose-me-but-I-chose-you” word from Jesus, and yet they never tell anyone. It’s what I call “closet Christianity”; not that you keep your Jesus-story in the closet, but your feeling of personal destiny, your calling, your spiritual secrets never go outside your prayer-closet door. And when you do leave that secret sacred place, no one else knows until after everything is confirmed. Because in the end, the personal prophetic word is not for anyone else to hear but you.

Why? I think it’s partly because God has two things He wants to constantly teach us to walk in: trust in His word to us (do we really treasure what He’s told us?*) and servanthood (will we choose the lower chair before He offers the seat of honor?**).

How would you rate your own “sense of destiny” and your ability to keep those secrets?


* But Mary treasured up all these things and pondered them in her heart. Luke 2:19 (New International Version)

** “When someone invites you to a wedding feast, do not take the place of honor, for a person more distinguished than you may have been invited. If so, the host who invited both of you will come and say to you, ‘Give this man your seat.’ Then, humiliated, you will have to take the least important place. But when you are invited, take the lowest place, so that when your host comes, he will say to you, ‘Friend, move up to a better place.’ Then you will be honored in the presence of all your fellow guests. For everyone who exalts himself will be humbled, and he who humbles himself will be exalted.” Luke 14:8-11 (New International Version)

Email ThisBlogThis!Share to TwitterShare to FacebookShare to Pinterest
Labels: Calling

“I never thought I’d see this day,” said one reflective and stunned woman whose husband had just gotten baptized.

Several of us were standing in the west wing on the other side of the exit doors congratulating people who had come out of the water, high-fiving and cheering. But her husband simply stood there soaked and weeping salty tears mixed with chlorinated water, shoulders heaving. We embraced. He literally couldn’t speak.

As he sloshed down the hall to the changing room, still unable to talk, she said slowly, “This place has changed our lives. I never thought I’d see my dad come to Jesus, but shortly before he died, he surrendered his life to Christ. And then my husband fought me to not come here, but here he is today. I never really thought this day would come.” She had baptized him herself but I think short of being there in the water, she looked like someone just awakened from a vivid dream, not sure what is real and what isn’t.

After the last person came out, I looked at our Junior High pastor, Matt Milthaler, and said, “That’s our paycheck.” He smiled.

It’s not “this place” that changed them. There are times I wish we could take credit for a cool environment or the clever turn-of-a-phrase, but it doesn’t matter how hip the place and how wordsmithed the message; without the presence of the Holy Spirit, we’re just putting on a mediocre show. Or as Jesus put it, “Apart from me you can do nothing” (John 15.5).

God have mercy on us if we ever forget how beautiful and powerful these moments are. May we never take these weekends for granted.

And I’m still waiting for some baptizer to get snatched away by the Holy Spirit. To quote Homer (Simpson, that is), “Whoohoo!”

And when they came up out of the water, the Spirit of the Lord snatched Philip away; and the eunuch saw him no more, but went on his way rejoicing. Acts 8:39 (New American Standard Bible) 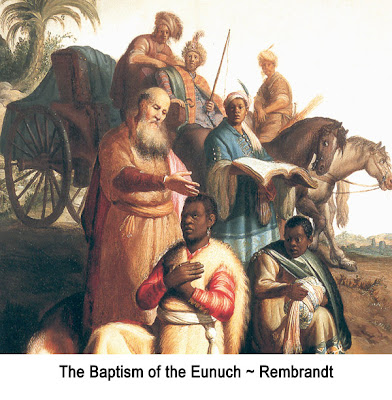