the tree of life: movie of the year?

Okay, something off the beaten blog path for me. This has nothing to do with the weekend.

I can’t quite describe the effect the movie The Tree of Life had on me. I’ve been waiting for it to come out on DVD since it came—and went—fairly quickly at select theatres. I have to admit I was a little reticent; I was afraid it was going to be the millennial generation’s version of 2001: A Space Odyssey. Sorry, Kubrick fans, but as visually striking as it was in its day, the story and its subliminal themes just didn’t do it for this guy. I find his films too nihilistic, or at least pessimistic, even though 2001 and its closing starchild scene was supposed to be some sort of rebirth. I think. He simply lost me on that one; it felt a little pretentious to me. Still, The Tree of Life seems to be a nod to 2001, borrowing the cinematic feel, philosophical meaning of life questions, a classical music score, and even the same special effects designer. 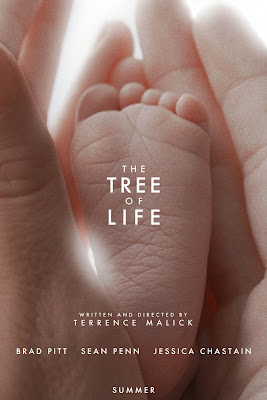 Here’s the disclaimer: yes, I know the arts are übersubjective and we carbon-based bipeds process them through a complex mix of emotions and tastes at any one moment. At the Cannes Film Festival, the premier drew both applause and boos. A New York Times reviewer gushed: “The sheer beauty of this film is almost overwhelming, but as with other works of religiously minded art, its aesthetic glories are tethered to a humble and exalted purpose, which is to shine the light of the sacred on secular reality.” Others weren’t nearly as kind; Salon dismissed it as “a crazy religious allegory.” It certainly was polarizing.

This one grabbed me in some inexplicable way.

Writer-director and notoriously publicity-shy Terrence Malick is a bit of an acquired taste. His movies are a mashup of philosophical and theological themes. But for me, this one was one of the most insightful presentations of the Bible’s Romans chapter seven sin-struggle I’ve seen…or read.

The movie opens with a quote from Job, the point in the biblical narrative in which God challenges Job’s assumptions of His intentions and character: “Where were you when I laid the foundations of the earth ... when the morning stars sang together?” (Job 38:4,7). The main character deals with a similar Job-like struggle…and I’m sure it wasn’t a screenplay coincidence that his name is Jack O’Brien.

The story is life seen through the eyes of eleven-year-old Jack in a series of flashback memories (Sean Penn plays the grownup version) and life-moment vignettes focusing on the complicated relationship he has with his father (Brad Pitt). His mother represents grace with a quiet authority; the father is the way of nature…the embodiment of Tennyson’s, “…Nature, red in tooth and claw…”.

In the opening scenes, the mother, played by a transcendent Jessica Chastain, narrates in a voice-over, “The nuns taught us there were two ways through life: the way of nature and the way of grace. You have to choose which one you'll follow.” (yes, I'm Wesleyan). This establishes the storyline and moral tug-of-war.

Malick even throws in a visually-overwhelming creation narrative that puts the characters' lives in perspective, reflecting the opening verse from Job. It includes a powerful metaphorical depiction of Jack’s birth. Very moving.

But what made the film fascinating and unique for me was the running internal dialogue Jack has with God. Jack is confused and troubled by his father’s strict parenting and dog-eat-dog view of life and argues with God. There is a gradual awakening of his ability to choose the way of grace or of nature…and Jack seems to feel he is becoming trapped like his own father, in a struggle with good and evil.

Years later, he and his parents receive the news that his younger brother has died. We’re not told how (in director Malick’s real life his younger classical guitar-playing brother—as in the movie—committed suicide). As an adult, Jack appears to be a successful but lost soul. Did he choose his father’s way?

Spoiler alert (though the movie is such a discombobulating visual feast, I’m not sure this matters a whole lot):

At the end of the movie, adult Jack has a sudden vision of being in an arid, desert-like place and sees his younger self in the distance calling for him to follow him (become like a child?). He steps through a standalone doorway (Christ?) and begins to walk toward an endless beach seeing all his family members. His mother, seemingly comforted by two young women (symbolic angels?), narrates, “I give you my son.” In what seems to be a reconciling and redemptive moment, Jack snaps out of it and is back in his current architecture job, with a slight smile.

Prior to this scene, as the family is forced to move from their home, packed into their car looking back at the house they’ve always known, Jack’s mother voice-overs: “The only way to be happy is to love. Unless you love, your life will flash by.”

Though some found it confusing and meandering at nearly two-and-a-half-hours, there were moments in the movie where I felt strangely connected to Jack and deeply empathetic. I don’t normally experience empathy at that level (my wife Anita jokes that I’m missing the empathy gene).

I found the movie drenched in Christian symbolism, even not-so-subtly quoting from Romans and Job.

Maybe it’s just me, but it was the movie of the year for my money. Uh, all of a $1.49 at Drug Mart. But don’t blame me if you hate it and find yourself scratching your head at the end of it, muttering, “Wha...?”