Now, although Adam and his wife were both naked, neither of them felt any shame. …So she ate some of the fruit. She also gave some to her husband, who was with her. Then he ate it, too. At that moment, their eyes were opened, and they suddenly felt shame at their nakedness. So they strung fig leaves together around their hips to cover themselves. (Genesis 2:25, 3:6b, 7 New Living Translation) 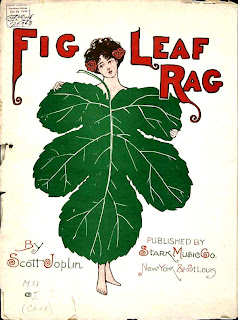 I think it’s interesting that the first negative emotion humanity experienced was shame. We cover ourselves, we hide ourselves. Real shame is spiritual in nature—it’s the intuitive, inner understanding that something is not right—we’re trespassing on holy carpet with mud on our shoes. We have an awareness that we are not who we are supposed to be.

I once worked with a man who would express interest in Christianity…he knew I was a new believer. We would talk for hours and he would ask lots of questions. He had dropped out of church when he was young (“Nothing but hypocrites,” he told me). He had a brief stint with Scientology (“It’s goofy and it costs too much,” he said). What he found himself doing mostly was drinking and frequenting parties. Many times I encouraged him to give Jesus Christ a shot at his life but frankly he was preoccupied with himself. One day he confessed, “I don’t know what’s wrong with me...I just feel so guilty!” I candidly shot back “That’s because you are.” What I meant was that he was guilty of trying to live a life apart from his Creator. It’s impossible to not feel guilty. Later he became a believer.

Before I became a believer, I went to college on a four-year scholarship. But after a year, somewhat impulsively (actually, bordering more on insanity) I dropped out of school and thought this is a waste of my time. I never went back. I now regret that decision. Nevertheless, I got very involved in music and then became a Christian. Now years later, I find myself in a world where education is not an option, it’s a necessity. Sometimes in social circles and pastoral peer networks I can feel ashamed because of my lack of academic credentials. I feel inferior.

This is a false shame, a measurement made with the wrong tools. My worth comes from the fact that God values me...enough to pay the ultimate price for me.

Do you ever find yourself caught between those two--real shame or false shame?
Posted by dave workman at 1:31 AM 7 comments:

During my teenage years when I was training to be an insufferable jerk, in the middle of an 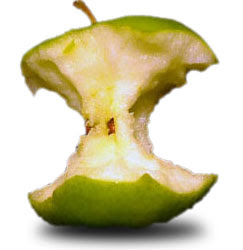 argument with my mom I’d snap back, “Hey, I didn’t ask to be here”—meaning that all my problems in life, which at the point had mostly to do with school dress codes and raging hormones, were the result of my parents deciding on a third child. All my issues were conveniently blamed on them for having that little of bundle of joy: me. If I weren’t here, I would have no problems. My mom would answer that existential conundrum with this: “Well, I didn’t ask to be here either, so don’t give me any lip.” We were the Simpsons of Kentucky. The truth was, I was unwilling to accept responsibility for my behavior. I was a blamer.

What’s worse, it’s easy to carry that in subtle (and not-so-subtle) ways into our spiritual lives. One day a guy dropped in the Vineyard and told me he’d been “fighting a Jezebel spirit all day” that was causing problems for him. I told him he needed to get a job.

Truth is, I still wrestle with blaming after 32 years of following Jesus. And it may be that owning responsibility can be trickier in a high grace environment. Maybe. 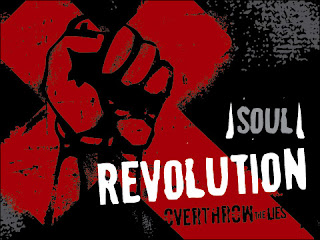 Liberals blame neo-cons. Republicans blame Democrats. Arabs blame Jews. Calvinists blame Arminians. Donald blames Rosie. Evangelicals blame everybody. I like what Christian apologist/philosopher G. K. Chesterton wrote in response to an article in the London Times titled What’s Wrong With the World? In a letter to the editor he simply said, Dear sirs, I am. Yours truly, G. K. Chesterton.

People ruin their lives by their own stupidity, so why does God always get blamed? (Proverbs 19:3 Message Bible)
Posted by dave workman at 10:47 PM 9 comments:

I'm sure that most people who attended this weekend missed the video that played during the "five-minute countdown" before the celebration began. Brad Wise, our creative director, wrote the text for it. Check it out...

Release...
take a deep breath in...
and release...
feels good doesn't it?
try closing your eyes for a few seconds
and listen to the piano...
what if we let go?
...stopped trying to be perfect
...stopped chasing something that doesn't exist.
because the truth is...
we will never look "perfect"
our job will never be "perfect"
our families will never act "perfectly"
nor will our church...
what does that even mean? "perfect"...?
he perfect house,
spouse,
kids,
life...
they don't exist.
relationships are not perfect...
and in theory we know that...
yet we want them to be…
and get frustrated when they aren't.
we hold grudges for others' imperfections...
for their mistakes.
we carry with us disappointments...
and let downs caused by imperfections.
we carry regret...
for not being the perfect friend
for being the imperfect spouse
for demanding from our kids what we can't provide...
perfection.
we carry guilt...
for our imperfect faith...
our imperfect past...
what if you let the regret go...
release...
take a deep breath in...
and release...
God doesn't want your perfection...
He doesn't demand what you cannot give.
he just wants your faith...
your trust...
your belief that Jesus' sacrifice makes you perfect.
perfectly broken...
perfectly human...
perfectly forgiven...
perfectly loved...
by the only One who provides what we all desire...
perfection.

It was a perfect sacrifice by a perfect person to perfect some very imperfect people. By that single offering, he did everything that needed to be done for everyone who takes part in the purifying process. Hebrews 10:14 (Message Bible).

How are you dealing with perfectionism?
Posted by dave workman at 11:10 PM 8 comments: