.
I had some folks ask me about the story I told of meeting my wife Anita; they told me they wished so-and-so had been there to hear it. Hmmm. Sounds suspicious. Anyway, as Gilly says, “Sorry.” But here it is if you want to pass it on.

Way back when dinosaurs ruled the earth, I had only been following Jesus for less than two years when I first met Anita. I had come to Christ in what was called the Jesus Movement back in the day: loads of musicians, druggies, hippies and other people from the Island of Misfit Toys were getting blasted by the Holy Spirit and stumbling into traditional churches that didn’t know what to do with these long-haired, confused but spectacularly saved young people.

I was one of them, playing in a bar band and trying to stay alive as a musician, living with a group here in Cincinnati. After I met Jesus, I found myself wanting to tell other people about Him. To me, He was like the best-kept secret that old people had. How come no one had told me about this “born again”-thing before…or about the infilling experience of this mysterious Holy Spirit?

In our culture, if we had drugs, we shared them.

So how come you all kept this for yourselves and made it so inaccessible in social-club churches playing the same music for seventy years that sounded like a funeral service and dressed up like you were going to a job interview when most of us only owned clip-on ties? We were as confused with you as you were with us.

That’s what it seemed like to me as a young twenty-something.

And so because I felt like I needed to tell others about Jesus, my new friend Paul Niehaus and I began playing in coffeehouses and church basements telling other confused young people about what Jesus could do. We figured if He could do that with us, He could do it with anybody. There was a coffeehouse near downtown Covington that was sponsored by a Baptist church who, by the way, enforced a strict no-smoking rule inside the house…so these urban kids—and they happened to mostly be girls—would stand outside and hang in the windows and listen while they smoked. There’s always a way to get around legalism.

After playing a few times there, we decided we needed to diversify and include a girl to sing a little bit and tell her life-transformation story about Jesus. Paul said, “I have a friend who has a friend…”

A little skinny girl with long blond hair showed up and we worked up a few songs with her. Her name was Anita.

Sometime later I began to wonder if she was The One. You know what that means, right? The One. But I had terrific fears about relationships. It seemed to me that the cavalier attitude of my peers and, in my experience, musicians, was unhealthy. This was the time of very few boundaries. All my previous short-lived relationships had been a mix of sentimentality and selfishness. And now I was understanding that relationships were serious to God; you just couldn’t try on someone like a coat and throw it off if you didn’t like it.

What’s more, I didn’t know anyone who had a good marriage. And so for a while I convinced myself that I was made for the Kingdom only and had the gift of singleness. When I told that to Anita, she just laughed and said, “Uh, right.”

Not long afterward, she took off for Europe and lived there for five months. We wrote dozens of letters way back in the day when people used paper and stamps. The next summer I decided to really pursue God and find out if Anita was The One. At this time I was working downtown. It’s hard to find a quiet place in the city to pursue God on your lunch break until I found a great place: Saint Louis Catholic Church on 8th and Walnut. 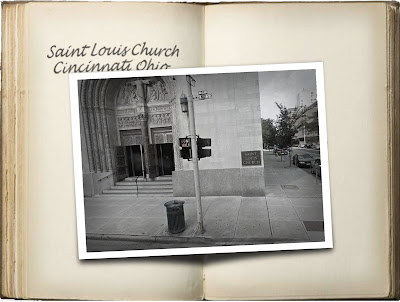 It was open and so I’d go in several times a week and ask God one simple question: “Is this who I should marry?” I’d sit there and listen and listen…and get nothing. I would say to my Father, “If you’ll just tell me yes or no, that’s all I need. If you say ‘yes’, I’ll ask her tomorrow. If you say ‘no’, I’ll turn around and not look back. Just yes or no.”

And still I’d get nothing.

This routine went on for months. I was getting desperate. By this time, I’m dipping holy water…I’m crossing myself…I’m lighting candles…I’m genuflecting before I slip into the pew. I’ve got to hear God.

One day I’m sitting there, saying the same thing—“God, just tell me ‘yes’ or ‘no’”—and that still, small voice popped into my head. I heard the Lord whisper, “Do you think she’d be a good wife?”
I was taken aback and thought, “Yeah, I’m pretty sure she’d be a great wife. I know her personality, I’ve met her family, I’ve done my homework.”

Then I heard the Spirit impress on my heart, “Do you love her?”

I thought, “Yeah, as best as I understand love, I think I really love her.”

And then—I kid you not—I heard: “Then what’s the problem, Dave?”

I remember thinking, “That’s it? That’s all there is to this? Really? I’m allowed to choose just like that?” And then it hit me: if God had said, “This is The One” and things went south, I could blame Him…just like Adam did in Genesis 3: “The woman You gave me. She’s the one that caused me to sin,” instead of me doing the hard work of making a relationship healthy and owning up to my own crap and what I needed to let God change in me. Many years later—after I became a pastor—I don’t know how many failed marriages I witnessed where the starry-eyed, brain-dead couple had told me, “God told us to get married.”

My problem was: I simply didn’t believe I could love anyone for an extended period of time—and I knew that God took marriage seriously. It was His idea. Everyone I knew seemed to run out of gas after awhile. To me, marriage was like a long road trip on a single tank of love. When the gas runs out, you’re finished. Marriage actually scared me. And as I said, I didn’t know anyone who had a good one.

The problem was, I didn’t understand God’s power…I didn’t understand His kingdom…that His Kingdom would never end. And if Jesus is the King of this Kingdom, and He is in us, or as Paul says, Christ in you, the hope of glory (Colossians 1:27)…then there can be no shortage of love.

I was shortchanging God’s ability in me, His fuel. I had imagined love being some quantity that eventually runs out. I was operating with a scarcity mentality. But God never runs out of anything.

Isn’t that the story of Israel in the wilderness and the manna that appeared every morning? Of Elijah and the widow’s jars of flour and oil that never ran empty? Isn’t that the story of the loaves and fishes? Or six jars of water into wine? Even more, the Bible says that God is Love. He cannot run out of Himself. He’s God.

When Anita later became pregnant with our first child, I worried again that I wouldn’t have enough love for both a wife and a new addition. But when Rachel came out, love simply flowed like a fountain…and has never stopped. And likewise with the next baby, Katie. How crazy of me to limit God based on my own limitations.

Love isn’t science. It really isn’t art. And it’s actually more than a choice. It’s the supernuclear power that drives the universe, that flows from the heart of God toward the crown of His creation—you and me—and is poured inside any who will receive. I just have to tap into it.

Let’s take the limitations off.

And hope does not disappoint us, because God has poured out his love into our hearts by the Holy Spirit, whom he has given us. Romans 5:5 .
.

it's back. and bigger. 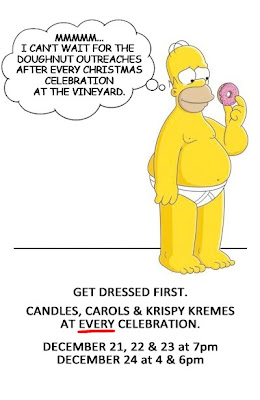 Posted by dave workman at 2:26 PM No comments: