Last night I watched the final episode of David Letterman’s thirty-three year run on the Late Show. Comedians have been paying homage for the last several weeks, sometimes tearfully. Jimmy Kimmel’s article in Time magazine about the impact Letterman had on comedy and the talk show format is worth a year’s subscription. As Kimmel summed up, “None of us who discovered Dave on our own and claimed him as our own will ever be able to satisfactorily explain to younger people what he did, what he meant and what he means.” Talk shows had become the Vegas-slick status-quo; Letterman was the garage band turned up to eleven. 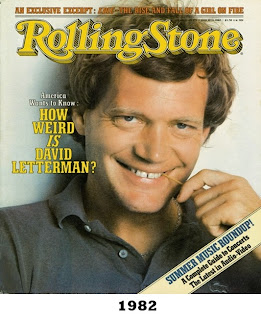 It’s hard to put into context in this current millennium how revolutionary and seditious Letterman’s comedy was. His slyly snarky delivery was underscored by a midwestern self-deprecating persona that subversively upended the corporate protocol. He let everyone in on his obvious dysfunctions while remaining intensely private. Monday through Friday his feigned gap-toothed smile let his audience in on the most cerebral jokes. And who else would throw stuff off buildings to see what would happen, drive a steamroller over anything, dip himself in an Alka-Seltzer suit, make a Velcro leap, cut through Hollywood phoniness while calling his studio a dump? It was as if the inmates had taken over.

Baby boomers knew they had a rebel coup on the airwaves at 12:30am each night after Johnny Carson’s menthol-smooth delivery but tired format. Then he moved to the coveted 11:30 time slot on CBS opposite Jay Leno’s Tonight Show…who was given the show over Carson’s wishes. After his retirement, Carson would secretly send jokes to Letterman.

And during that same era, Vineyard Community Church in Cincinnati was birthed. We knew that humor was critical for tearing down the walls between churched and unchurched people. We knew that if people who were far from God would trust us to deliver the dangerous message of Jesus, it would take some cultural touch-points…poking fun at ourselves and laughing together. As C. S. Lewis penned in The Four Loves, “Friendship is born at that moment when one man says to another: ‘What! You too? I thought that no one but myself.’”  When people laugh together, a unique bond is created. We knew that the Church, as it was, seemed hopelessly locked in a culture war that created a barrier before a conversation could even begin.

But there was more to it. Vineyards had a mantra: Everyone gets to play. That meant that ministry was not relegated to professional ministers…and that God wanted everyone to extend the Kingdom with the unique gifts He had given. The line between clergy and laity had to be blurred if we were to be effective with a “priesthood of all believers” approach. We took advantage of that by poking fun at our pastors and letting people see that pastors were just regular people with their own dysfunctions. We felt it was necessary to pull pastors down from pedestals. It was a tricky wire to walk; and as I told our “crack staff” of volunteers who shaped our celebrations, “Theology is easy. Comedy is hard.” But we knew it was important.

And so we cribbed from Letterman mercilessly. We winked our eye and brought everyone in on the joke that church people can be pretty ridiculous. We referenced “The World’s Most Dangerous Worship Band.” We created our own Top Ten lists with titles like:

Top 10 Ways You Know You’re In A Bad Church (#8 “The church bus has gun racks”. . .  #6 “Services are B.Y.O.S.—”Bring Your Own Snake” . . . #3 “Doctrine includes story of Xenu, a galactic ruler who brought billions of people to earth 75 million years ago, stacked them around volcanoes and blew them up with hydrogen bombs…oh wait, that’s Scientology.”)

And sometimes we got shut down and had a Top 10 pulled after a Saturday night celebration, as in Top 10 Things The Disciples Said After The Resurrection (#7 “Hey Pete, cock-a-doodle-do!”. . . #1 “Jesus Christ!”). There was uncomfortable laughter after that last one. I thought it was theologically perfect...pretty much what Thomas said. Oh well.

We followed our list of Favorite Christian Guys’ Pick-Up Lines (“Before tonight, I never believed in predestination...”) with Favorite Lines Christian Women Use To Break Up With Jerks Who Talk Like That (“God loves me and must have a better plan for my life.”)

Or the time we had two guys dressed up as Wayne & Garth on the heels of their popularity on SNL with the Top 10 Christian Babes…with Amy Grant on it twice. Poking fun at the American religious subculture seemed healthy to us.

We launched into videos in the early ‘90’s when all we had were VHS tapes in an “editing suite” of two VCRs. Letterman took his audience out on the streets with him; so would we. We regularly had a running video sketch where Steve Sjogren—our senior pastor—didn’t come up to speak after the announcements. While there was a minute of uncomfortable silence, I would run frantically out the side door to find him while a pre-recorded video picked up the outside action. In the very first one we taped, I ran all the way to a Burger King up the street to find him cleaning the toilets. That was a two-fer: we lifted up the value of servant evangelism while making ourselves look a bit remedial. As a matter of fact, when we filmed it earlier we failed to get permission and simply went in the bathroom with a camera to do some guerrilla filming. Suddenly the manager flung open the restroom door and found three of us jammed in a stall: Steve with yellow rubber gloves, myself and a guy with a video camera. Right. The shocked manager yelled, “What the hell are you guys doing in here?”…and threw us out. It was difficult to explain. And when we really got into trouble, we would tell people we were from nearby Landmark Baptist Church. I’m pretty sure my friend Matt Holman who pastors there has forgiven us.

From there the bits got stranger and more outrageous while our people relaxed, laughed more and more, and church became a not-so-scary-place to invite your unbelieving friends.

One Easter in the ‘90’s we produced a video (we had bought our first digital non-linear over-priced editing program) with Steve inserted into actual scenes from the perennial “Ten Commandments” movie with Charlton Heston. Walking with the Israelites between the walls of water in the Red Sea were some of us holding “Free Car Wash” signs with snorkels. An older religious couple reamed me out afterwards for doing something so disrespectful and irreverent…even though I attempted to explain we were poking fun at a movie, not the actual ten commandments. A movie with Edward G. Robinson as the rebelling Israelite Dathan. Seriously. They were unappeased.

Or the weekend we held our services at the Convention Center downtown and couldn’t find Steve. I ran out the side door to discover him at Cincinnati Gardens (where we had met the previous year for Easter). Steve was practicing figure skating (we had a double doing spins) while waiting for the service to start. When I told him we were at a different arena, we hopped into the PastorCopter (primitive CGI), flew him downtown where he promptly jumped out of the copter and through some fake open bay doors in the ceiling of the Convention Center…where we simultaneously dropped a dummy dressed up as Steve from the catwalks of the room that landed with a dull thud behind some equipment. Steve popped up from behind the equipment smiling amid cheers. Except for a small child crying who thought it was real.

When Steve almost died from a medical procedure gone horribly wrong, there was a heaviness over the church for weeks. On the weekend he finally returned to speak from a wheelchair, we knew we needed to lighten things up. We produced a video where he admits he’s tired of nothing exciting to do in a wheelchair, so we take him out for some “stunt riding”, substituting him again with a dummy dressed as him and holding on to a rope tied to a pickup truck that “accidentally” takes off in reverse and slams into him while Steve yells “Woohoo!”…followed by a series of Jackass-type stunts (before Jackass!). At one point, we attached a bunch of bungie cords to his wheelchair and throw “him” off a bridge to disastrous results. Laughter filled the room. When Steve was wheeled live into the auditorium, people were thrilled. During the service I noticed a young boy in a wheelchair in the last row with his mom. I was mortified when she approached me after the service, held my breath to expect the worse, when she said, “My son hasn’t walked since birth…and that was the funniest thing we’ve seen! He laughed and laughed!”

Even as tame as all those seem now, it was ridiculously radical in those days. And created an environment that screamed, “We don’t take ourselves very seriously. But we are very serious about introducing you to the Kingdom of God.”

And though he’ll never know it, Letterman helped us create a context where church would no longer look like your dad’s church, that stuffy, self-righteous, boring, religious, powerless, judgmental stereotype that most unchurched and dechurched people had jettisoned for all the right and wrong reasons. His anti-establishment comedy seemed mildly reflective of the attitude Jesus expressed when He was warned not to go to Jerusalem because the religious establishment of that day—the phony religious leader Herod—was out to kill Him. Jesus simply responded, “Go and tell that fox I’m coming anyway…” and went on about His business of healing and setting folks free.

We owe a debt of gratitude to a clever comedian whom I hope one day finds his true value and worth in a Father who loves him deeply despite his idiosyncrasies and brokenness...just like ours.

Thank you, Mr. Letterman. It was a good run. 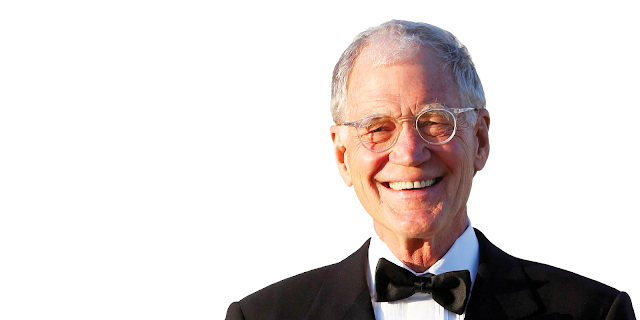